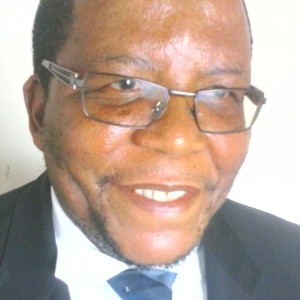 Hands up, those who can rewind quickly and still vividly remember the happenings of Friday 29th August 2014! It is now common knowledge that on that fateful day, the then Commander of the Lesotho Defence Force, Lieutenant-General Tlali Kamoli was removed from his position as Commander by His Majesty King Letsie III, on the advice of the Prime Minister, Dr Tom Thabane and replaced by Lieutenant-General Maaparankoe Mahao. The fact that the dismissed Commander refused to leave office is not relevant to the matter below because the legal instruments were issued for his dismissal.

I have, for all this while, been thoroughly dismayed that the Lesotho Law Society and the Law Faculty of the National University of Lesotho have both not gone into overdrive to analyse and dissect this legal conundrum. I am not learned by any measure, however, I would like to venture an opinion that in a purest and simplistic sense, the action of Prime Minister Mosisili sought to “expunge” (remember that word) Mahao’s appointment and tenure as Commander and pretend that it did not happen at all. It is as if time stood still. However, because we live in the real world where time does not stand still for anyone, and assuming that both the appointment of Mahao and re-appointment of Kamoli were lawful and legitimate; the practical, legal consequence of Prime Minister Mosisili’s action is that it renders Lesotho as having had two bona fide Commanders of the Lesotho Defence Force during the period from 29th August 2014 to 22nd May 2015 when Mahao was eventually dismissed. Is having two concurrent Commanders of the Lesotho Defence Force consistent with the Lesotho Constitution?

Fast forward to a hypothetical situation in 2016. Dr Thabane returns as Prime Minister through a legitimate process (elections, parliamentary shifts/floor crossing/vote of no confidence etc.). He then re-appoints Mr. Khothatso Tsooana (apologies to Mr. Tsooana, the use of his name here is purely illustrative and not indicative) as Police Commissioner retrospectively from the date when he was dismissed by former Prime Minister Mosisili. Imagine that!! Now, who in the world would cry foul and challenge that? It would also mean that Lesotho would have had two concurrent Police Commissioners during some period, but hey, this is Lesotho. But wait, it gets even better.

The central question here is whether a sitting Prime Minister can “stray” into the term of a former Prime Minister and undo appointments of incumbents occupying statutory positions, where such appointments have been made lawfully and legitimately. This precedent now set by Prime Minister Mosisili needs to be interrogated, analysed and ruled upon by the Courts of Law, because if left unchecked, as is currently the case, some smart politician in future will ruffle feathers and precipitate a crisis. Professor Nqosa Mahao touched upon this very issue during the press conference convened by the Mahao Family on the afternoon of 27th June 2016, where he stated that the “unadulterated” version of the Phumaphi Report stated that the dismissal of Lt General Mahao and re-appointment of Lt. General Kamoli, in the way that it was done was illegal as opposed to the other published version which cites this as having been irregular.

Now, the treatise above, tries to examine the legality of the re-appointment of Lt. General Kamoli, through the eyes of a lay legal mind, by posing scenarios and questions that the learned community should pursue with vigour, through answering the central question posed above. What is still to be dealt with is the other side of the legality coin in respect of the re-appointment of Lt. General Kamoli, namely; is the re-appointment of a Commander who was de-commissioned by his Majesty King Letsie III consistent with the Lesotho Defence Force Act, as well as accepted international military conventions and protocols. I suppose that Prime Minister Mosisili was trying to “expunge” (that word again) the de-commissioned officer argument by making the re-appointment retrospective. But in so doing, Prime Minister Mosisili appears to have plunged himself into a legal abyss from which he may possibly be unable to escape; because wish as he may, time did not stand still from 29th August 2014 to 22nd May 2015. All Prime Ministers are equal, no Prime Minister is more equal than others.

Lesotho needs answers to these burning questions, Lesotho needs to reform her Constitution to free herself from the shackles of the past 2 years, but it is important to defend the Constitution from those who subvert it.

Analysis on key developmental, political and security issues in Lesotho as they affect real people. This site brings about interaction and debates which are meant to demystify some of the issues which have been circulating in the public domain in Lesotho and Southern Africa.